Asthma is a condition where your lungs react to things that normally shouldn’t affect you, making it difficult to breathe.

As we’ve discussed, obstructive sleep apnea (OSA) occurs when your muscles relax and the soft tissues in your mouth, throat and nose interrupt your breathing during sleep.

You might not see the relationship immediately, but asthma and obstructive sleep apnea are closely linked to each other. People with asthma are much more likely to have OSA and for those who do have OSA it makes their asthma worse. 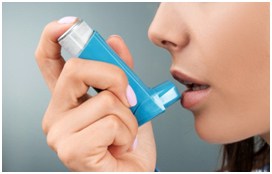 You might not see the relationship immediately, but asthma and obstructive sleep apnea are closely linked to each other. People with asthma are much more likely to have OSA and for those who do have OSA it makes their asthma worse.

OSA is a serious health risk and if left untreated often leads to death. A partial airway blockage produces a sound: snoring. A completely blocked airway will not make any sound and is completely silent. Sleep apnea is a combination of both obstructions that occur during sleep. Aside from sleepiness, it can create a higher risk for high blood pressure, heart attack, stroke and insulin resistance.

If you suspect you have sleep apnea, you should seek treatment right away, especially if you have asthma. Schedule a consultation with your qualified dentist who can then refer you to a physician for an evaluation, diagnosis and treatment. The physician may direct your dentist to fabricate an oral appliance if it’s appropriate and you are a candidate.

Both sleep apnea and asthma are life threating and have inflammation in common. Let’s explore more so you can see how they are connected.

There are 2 key factors that play a role in the asthma and obstructive sleep apnea connection:

Mouth breathing is a huge factor in the development of asthma and obstructive sleep apnea. The nose (not the mouth) should be used during breathing. This is what is known as nasal breathing; the nose has better air conditioning capacity.

By enlarging the nostrils a person’s nasal breathing improves drastically in the majority of people. Studies show that when people suffering from nighttime or morning asthma enlarged their nostrils during sleep they reduced their nighttime asthma. Any inexpensive nasal dilator such as Nozovent or Mute (or even Breath Right Strips) will help keep the nostrils enlarged while sleeping.

Mouth breathing leads to the drying and cooling of the lining of the lungs causing the airway ducts to constrict and the asthma to worsen.

Belly fat produces inflammation that occurs before the start of obstructive sleep apnea. This same inflammation may also affect the lungs and cause asthma. Even as early as puberty, metabolic factors such as having a large waistline, high blood pressure, high levels of fat, cholesterol and sugar in the blood are driving the development of sleep apnea, just as we see in adults.

Researchers have found that inflammation in the lining of the upper airway results in it being more collapsible and makes OSA worse. Inflammation causes the inner lining of the airways to swell and produce mucus. This makes the airway more sensitive to asthmatic triggers.

Likelihood of asthma developing into obstructive sleep apnea according to the Centers for Disease Control and Prevention Report:

​- Risk—having asthma was a risk factor for an asthmatic patient developing obstructive sleep apnea. Asthma patients face an almost 40% greater risk for sleep apnea than asthma-free patients. This risk depends on the degree of therapeutic control of the patient’s asthma: controlling asthma meant reducing the risk for being diagnosed with sleep apnea. The more uncontrolled the asthma is the more severe the sleep apnea is. 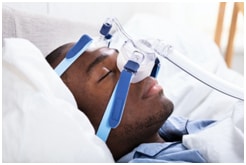 What To Do if You Cannot Tolerate Wearing Your CPAP:

Asthma and OSA are lifelong diseases that will not go away on their own. Ongoing treatment and regular follow-ups are necessary to help you manage these conditions. Nasal breathing programs have shown to work for Asthma and Obstructive Sleep Apnea.

Scroll to Top
GOT IT